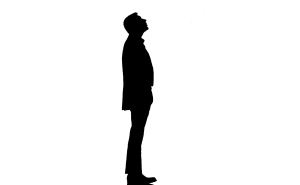 …and you thought Proverbs 31 was all about women…

You read that right. This piece of writing is about the Proverbs 31 man, and not the Proverbs 31 woman. Somehow, this chapter has become a hallmark passage that both men and women turn to when they want to discover what a Godly wife is. However, half of the chapter talks about a man; a Godly man. Let me prove this to you. Let’s get started!

DISCLAIMER: We will be discussing in this writing all of the verses from Proverbs 31 that pertain to a man.

The sayings of King Lemuel—an inspired utterance his mother taught him. 2 Listen, my son! Listen, son of my womb! Listen, my son, the answer to my prayers! 3 Do not spend your strength on women, your vigor on those who ruin kings. 4 It is not for kings, Lemuel- it is not for kings to drink wine, not for rulers to crave beer, 5 lest they drink and forget what has been decreed, and deprive all the oppressed of their rights. 6 Let beer be for those who are perishing, wine for those who are in anguish! 7 Let them drink and forget their poverty and remember their misery no more. 8 Speak up for those who cannot speak for themselves, for the rights of all who are destitute. 9 Speak up and judge fairly; defend the rights of the poor and needy.

11 Her husband has full confidence in her
and he lacks nothing of value.

12 She brings him good, not harm,
all the days of her life.

23 Her husband is respected at the city gate,
where he takes his seat among the elders of the land.

28 Her children arise and call her blessed;
her husband also, and he praises her:

30 Charm is deceptive, and beauty is fleeting;
but a woman who fears the Lord is to be praised.

31 Honor her for all that her hands have done,
and let her works bring her praise at the city gate.

Ironically, Proverbs 31 is actually written to a man about a man; King Lemuel. The very first verse shows us that King Lemuel is actually reflecting on Godly principles that his mother taught him. The subsequent verses enlighten us to what these principles are.

So, what does The Proverbs 31 Man actually look like?

He listens; He listens to the advice of those that are trustworthy, reputable, and honorable. King Lemuel listened to his mother, which many believe is the basis for which she – his mother – wrote about the Proverbs 31 woman– her own character and the praises she heard from her husband and others.

He has integrity. Lemuel’s mother warns him not to waste his strength on women who bring him ruin. These women are immature, selfish, and contentious. Secondarily, these women are sexually loose. Many think this verse refers to 1) prostitutes and 2) contentious women. Solomon writes about contentious women elsewhere in the proverbs. A proverbs 31 man is a man of sexual integrity, relational integrity, and civic integrity. He takes his sexuality seriously. He takes his relationships with others seriously. And he takes his job seriously. Any woman that tries to create conflict in these areas, the proverbs 31 man knows not to expend his strength on.

He is sober-minded. Lemuel’s mother reminds him of the damaging effects of addiction, particularly addiction to alcohol. While this is not a prohibition of alcohol altogether, it is wise counsel against letting the effects of alcohol overrule the important things in a man’s life, such as family, relationships, the ministry, and his work. Furthermore, drunkenness and addiction often lead to the oppression of others, especially the weak. Lemuel’s mother reminds him that he is charged, as king, to take care of the rights of the oppressed, not to rule over them. In every avenue of life, men have responsibilities. A proverbs 31 man is sober-minded enough to take care of his responsibilities without getting lost in addiction.

He is bold. He is willing to say a harsh word when it is necessary. He is willing to speak up when no one else will, especially speaking out against injustice and evil. A proverbs 31 man does not tolerate evil by passively watching it happen. A proverbs 31 man speaks out against evil and defends truth, value, and righteousness. He is a voice for the voiceless; strength for the weak; hope for the hopeless.

He is compassionate. He cares about those whom society has overlooked. He spends his time caring for the “least of these.” He both speaks about justice for the impoverished and tries to do the best he can to remedy their poverty himself. A proverbs 31 man cares for those who are overlooked. He sees them, even if others pretend not to.

He is complete. He does not need anything to complete his identity. He knows that everything he needs comes from God alone. A proverbs 31 man can have full confidence in his friends, his wife, his ministry, his work, because he lacks nothing of value due to his everlasting, committed, intimate, relationship with God.

He is encouraging. He not only praises his wife, he also offers words of encouragement to his friends, his children, and, most importantly, to those he does not know personally. The proverbs 31 man will be an encouragement to those around him. He picks those up who have fallen to the ground without hope of standing again.

The Proverbs 31 Man listens to respected counsel, is a man of sexual, relational, and civic integrity, is sober-minded in regards to addiction and emotional stability, is bold to call out evil and stand up for righteousness, is compassionate in that he speaks up for the poor and overlooked and takes care of them himself, is complete through his relationship with God alone, is respected in his community, is encouraging to those he comes into contact with, and is wise in his decision making regarding his future spouse.