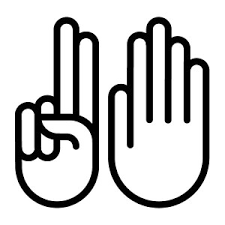 While not an exhaustive list, the sage in Proverbs 6:16-19 gives readers a glimpse of specific attitudes and actions that are detestable in the sight of the Lord. We read,

“There are six things the Lord hates, seven that are detestable to him: haughty eyes, a lying tongue, hands that shed innocent blood, a heart that devises wicked schemes, feet that are quick to rush into evil, a false witness who pours out lies, and a person who stirs up conflict in the community.”
(Proverbs 6:16-19, NIV)

Let’s take these in sequence.

What does it mean to have haughty eyes? According to the Expositor’s Bible Commentary, it means “… a proud look suggesting arrogant ambition.” If we scan the pages of the Old Testament, we will find that the Assyrian invader in Isaiah 10:12-14 is said to be pompous, full of pride, and engaging in willful rebellion. Similarly, to have haughty eyes equally refers to one who engages in defiant sin. A simple definition might be: one who thinks so highly of himself that he engages in willful rebellion and defiant sin without any consideration of God or other people.

The willful liar. The one who, like the false prophets of the Old Testament, stand before others and deceives them through betrayal. Just as Judas betrayed Jesus in the New Testament, so he was considered one with a lying tongue. This type of speech is always harmful.  Though white lies, in and of themselves, are sinful, this particular method of lying involves intentional deception and betrayal.

Human beings made in the image of God, according to Genesis 9:6, are never to be killed by one another. How much more, then, individuals who murder those that are innocent? God upholds the cause of the innocent, and He absolutely despises any that would shed innocent blood (intentionally or unintentionally)

This is a curious statement. What does it mean to have a heart that devises wicked schemes? In the Old Testament, the heart is often linked to the will. The will can be boiled down to human free choice. The individual with a heart that devises wicked schemes is choosing to plot evil. These individuals ruminate on ways to hurt others, ways to hurt themselves, and ways to destroy rather than build up.

As you can see, items four and five are very similar. A heart that devises wicked schemes focuses on the thought life while feet that are quick to rush into evil focuses on the action. It is clear than any action typically starts off as either a belief or a thought. After that belief or thought has been ruminated on for a time, it typically comes from the theoretical down to the real world in the form of an action. God despises those who plot evil and then quickly rush into ensuring that evil is acted out in the real world.

Like, item number two, this point goes back to the idea of deception. The character who bears the mark of a false witness that pours out lies does so because his entire goal is to ensure that another is condemned. This character willfully lies and deceives in order that he please others, he himself is not condemned, or he obtains what he wants. Just as one who in a court room exclaims, “I saw him do it!” though this individual was nowhere near the scene, so the false witness who pours out lies claims to know things he does not for the sake of unrighteously condemning another.

The one with the short fuse. The one with the sharp tongue. The one who goes from 0-100 because someone disagrees with them, their emotions tell them to, or they assume what is not true about a group or individual. This is an abomination to the Lord. God will not tolerate the short fused. God will not tolerate those who blow up and say things that they will never be able to take back. The unfortunate result of allowing oneself to be run by a short fuse is that “… they will be destroyed suddenly, broken in an instant beyond all hope of healing.” (Proverbs 6:15) The sharp tongued expects their actions to bear only minimal consequences, but the fact of the matter is that a sharp tongue often destroys the very thing this individual cares about the most… beyond all hope of healing.

If these are but a few of the things that the Lord despises, what does He delight in?

Curiously enough, we find seven things that contrastingly parallel with these seven items the Lord despises in the beatitudes (Matthew 5:3-10). Jesus says,

Opposite of haughty eyes is humility. God honors, loves, and cherishes the humble. This individual sins, but they are quick to repent. Their ambition is to serve God, serve those who are older than them, and serve the authority figures in their lives. The “… do not think of themselves more highly than they ought…” (Philippians 2:5)

To be meek is to be truthful in speech.  The heart submitted to the Lord – the meek – seeks only to engage with the truth revealed to Him by God. The meek focuses on truth telling, truth sharing, and truth honoring.

The pure in heart devise ways of doing good, rather than devising wicked schemes. Their heart, their thought life, is focused on what good can be done in the world, for others, and for themselves.

Just like item number four, the one who is persecuted because of righteousness has an eagerness and hunger to do good… and they actually do it! This individual does not just think about what is good and leave it at that, they actively seek out ways to do good even if it costs them everything.

The peacemaker has worked overtime to tame his tongue. He has prayed along with the Psalms “Let the words of my mouth and the meditation of my heart be acceptable in your sight, O’ Lord, my rock and my redeemer” until he is in tears and broken. His fuse has increased in length, and he is more interested in ensuring that things stay whole, rather than become fractured into pieces because of his emotional outbursts. The peacemaker is a healer without a sharp tongue. He welcomes criticism, he welcomes disagreement, he welcomes uncomfortable situations. The one who stirs up conflict in the community does not know this, but because of his short fuse and sharp tongue, others are afraid to confront them and share necessary truths with them. The peacemaker invites that.

One thought on “Reflections on Proverbs 6: Seven Things”